New paper on the strangest pterosaur ever.

Ooh, I’m coming in under the wire this time (see the time stamp).

So when someone talks about pterosaurs, or flying reptiles, you probably think of something like one of these: 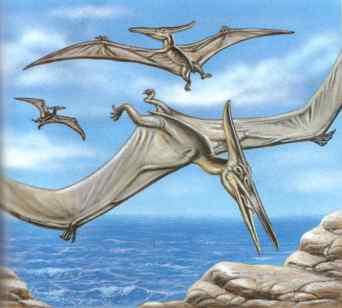 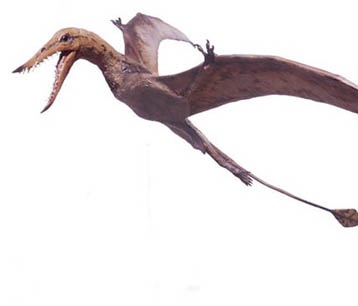 Few folks would normally think of this as a normal pterosaur: 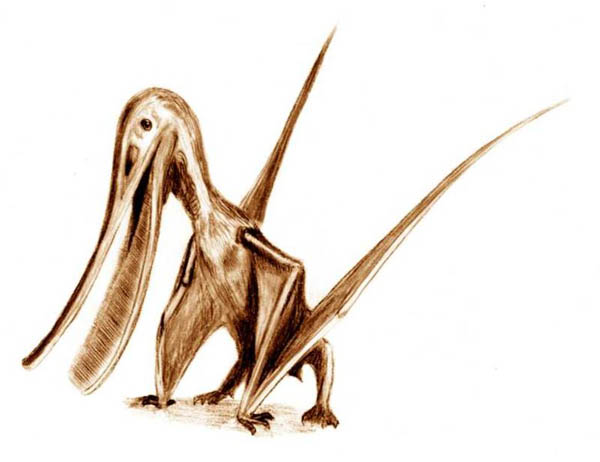 Its name was Pterodaustro guinazui, and unlike other pterosaurs, which fed on fish, insects, or other types of meat, P. guinazui was a filter feeder. It has commonly been compared to a Mesozoic flamingo (thus resulting in more than a fair share of flamingo like drawings). It sifted microorganisms from the waters that it lived near. Unlike today’s modern flamingo (Phoenicopterus), Pterodaustro could filter feed without dipping its head upside down. As far as pterosaurs go, it was certainly one of (if not) the strangest species to have come from this group.As is typical with the weird ones, though they are celebrated for their uniqueness; that is about all that is known about them.

Abstract
Life-history parameters of pterosaurs such as growth and ontogenetic development represent an enigma. This aspect of pterosaur biology has remained perplexing because few pterosaur taxa are represented by complete ontogenetic series. Of these, Pterodaustro is unique in that besides being represented by hundreds of individuals with wing spans ranging from 0.3 to 2.5m, it includes an embryo within an egg. Here we present a comprehensive osteohistological assessment of multiple skeletal elements of a range of ontogenetic sizes of Pterodaustro, and we provide unparalleled insight into its growth dynamics. We show that, upon hatching, Pterodaustro juveniles grew rapidly for approximately 2 years until they reached approximately 53% of their mature body size, whereupon they attained sexual maturity. Thereafter, growth continued for at least another 3–4 years at comparatively slower rates until larger adult body sizes were attained. Our analysis further provides definitive evidence that Pterodaustro had a determinate growth strategy.

I have yet to read the full paper, but from what it says here, it would appear that the filter feeding lifestyle took its toll on P. guinazui, as its growth rate was remarkably slow. As this is the first time a growth series has been done on a pterosaur, it probably shouldn’t be assumed that this growth was typical of all pterosaurs (which would have had diets that were much higher in protein, thus aiding growth). Still the results are definitely interesting. Plus any new bits of info on the world’s strangest pterosaur, is a good thing in my book.

This entry was posted in Uncategorized and tagged filter feeder filter feeding flying reptile pteranodon Pterodaustro Pterodaustro gui?azui pterosaurs reptile Rhamphorhynchus
« Tuataras do it faster than anyone else. 30 days end. »